I have been learning some things about the city/state of Dubai. When I thought of Dubai initially I thought of it as a city. It is that but more. Dubai is part of the United Arab Emirates. An Emirate is what we might refer to as one of our states and in the UAE there

are 7 Emirates. So Dubai is a city but it also refers to a bigger area within the UAE. Dubai is quite cosmopolitan. Women have many rights that are not given to women in some other Arab countries. They can work outside the home and they can vote. Although some do, they do not have to cover their heads or wear a burka.

I think of Dubai as a sort of created city in that it has developed into its current form, a sort of playground, for the Emirates. Now I had to learn that the Emir is the ruler, chief or commander in Islamic countries. The Emirate is the territory ruled by a Arab Monarch (the Emir). Locally people who are blood relatives to the Emir are also referred to as Emirates. If you are an Emirates you are to some extent at least taken care of.

Interestingly enough people native to this area make up only about 3-4% of the population. Almost all 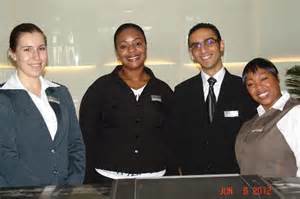 workers have been brought in from other countries: Pakistani, Indian, Filipino to name a few. English is a primary language. Everywhere you go you see written English and hear spoken English. I suppose the reason being if you have such a diverse population you need a common language between all the people that live and work here; so English it is.

Today is semifinal day; so one more day after this. Tomorrow we don’t start till 3PM. One of the local MTs has graciously offered to take me out to see the area in the morning. I look forward to experiencing a bit of the diverse cultural environment that Dubai has to offer.

Day three of the Dubai Tournament began a bit differently than usual. Last evening we were able to complete our team meeting where we review all players that will be on court the next day. Generally this meeting takes place in the morning due to later nights on site. Last evening was probably the earliest we will get done this week until the finals: a mere 7:45.

Last night was spent with staff at the Irish Pub here on site. Evidently the owner of Dubai Duty Free is Irish. Who would have guessed! Thus there is an Irish Pub on the hotel/tournament grounds. There was a rugby match between Ireland and France. We sat with a French couple (only table with room at it) but were rooting for Ireland as that is where Elaine, one of

our Physios, is from. A cultural experience is indeed what traveling on the WTA tour is all about.

It was nice to have this bit of free time this morning because today actually ended tomorrow: 2:10 AM due to tow lengthy 3 set matches after 7PM. The losers called it a day but the winners came in for some recovery work so they can be ready for the next match.

Elaine, Karen, Laura and Lee enjoying a bit of time with rugby and Irish!

The general rule is we are onsite and available until one hour after the final match is completed. The reality is it can be two. Getting off court, showering, grabbing some needed food, and/or doing press all takes some time. So it is a long day but a good one.

Here I sit almost 24 hours from where I left snow and cold in CT. I am now seated in an outdoor eating area just outside the Dubai Duty Free Tennis Stadium. I am listening to a band; watching the flicker of a propane heater- sipping wine and waiting for dinner. Amazing. The world is truly a very, very small place. A bit amusing is the heaters. I think it is between 65-70 degrees, quite comfortable by my CT standards. The young gal that seated me had her sweater on and mentioned that it was

70 degrees and the heaters are on!

I look forward to seeing and working here in Dubai. I anticipate an enjoyable working event with the players, my co-workers on the SS&M team, and all the others that I meet through the tournament. I also look forward to getting a feel

Nice start to the dinner

of Dubai. I have some preconceived notions of what it will be like. It will be interesting to see if these opinions are founded at all in reality.

Bridges To Health Seminars new website is just about ready to launch. Hopefully within the next week after tweaking it just a bit. We have also added a webpage: Bridges To Health Seminars. The first educational seminar coming up will be the Iowa AMTA conference on September 8-9 in Cedar Rapids, Iowa. Following that will be the National Convention in Fort Worth TX. I am looking forward to both.

My travels with the WTA (Women’s Tennis Association) begin next week and take me to Bastad, Sweden; Carlsbad, California; New Haven, CT; and Seoul, South Korea. That will be a bit of a culture shock I am sure traveling directly from Korea to Texas! Following a bit of time at home in my private practice I will end the year with a couple of workshops in CT and a trip to Sophia Bulgaria for the International Tennis Championships.

It has been a while since I have blogged. Almost a year actually since I was last in Sweden with the WTA then the fabulous London Olympic Games. As I get ready to revisit the Tennis Tournament in Bastad, Sweden I also am readying things to launch a new endeavor officially. Bridges To Health Seminars website. This should be up and running in July. With it I hope to further my teachings in therapeutic massage continuing education nationwide. We will also be developing a Facebook page so check back to keep posted on our progress!  Lee